The Dentist and the English Grammar

by Irina VanPatten | Oct 2, 2018 | Funnier than Fiction, My Published Work 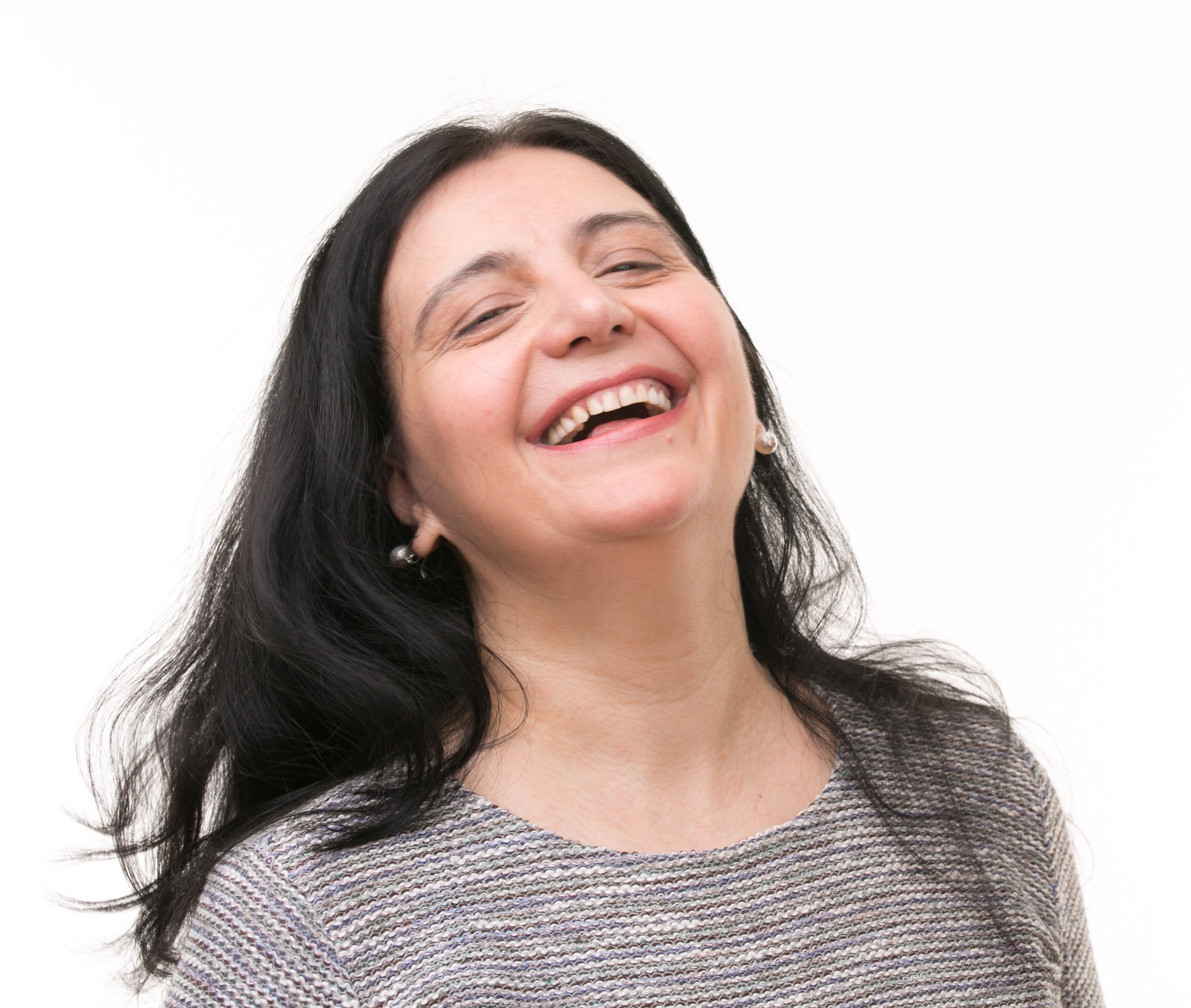 This story was published in English in Hora in America in October 2018.

“Irina” I heard my name called by the dental hygienist with a perfect “e” at the beginning. I don’t know how many times I had to correct the English speakers, that my name is pronounced “Ee-ree-nah, and not “Ai-ree-nah”, bringing the argument that the same exact letter “I” holds the first and the third spot in my name. It’s beyond me: Why in English, the same letter, in the same word, is pronounced in two different ways?  I got up to see who’s this linguist who mastered my name? The name tag on her chest with the name “Irina” spoiled the surprise. She was “my people”. That’s why she knew how to say my name, or should I say both of our names, since she also was Irina. If not her name tag, her bleached blond hair, and the nonchalant attitude, where she didn’t even try to smile, would give her away as a Russian anyway. I caught myself smiling at her: “Man, I’m so Americanized!”

“This way!” She said putting a hard emphasis on “th”, which converted into “z”. I followed her, smiling even more. I haven’t heard such a thick Russian accent in a long time. I am an ex-Soviet, and I do speak Russian, but I’m from Moldova, so my first language is Romanian, that gives me an advantage when speaking English, as my accent is more Latin than Slavic based. I find it hilarious, when I get complements on my French accent. People around here clearly don’t have an ear for accents, if they can confuse me with a French woman. Either anyway, I’ m not laughing at my name-sake, I’m actually enjoying her chatter, it brings me comfort, and makes me feel at home.

I dropped into the dentist’s chair getting ready for a deep cleaning. Irina leaned over me, and asked me unceremoniously in Russian, if I dye my hair. “Da” I answered in Russian, realizing that she deducted that from my sneaky grey roots. The absence of any correctness was somewhat refreshing. She asked an obvious question. I gave her an honest answer. It always freaks me out, when people are just looking at the top of my graying head and say nothing out of some political correctness. I immediately suspect that they are entertained by some acrobatic head lice, doing somersaults in my hair, before I would conclude that it’s time to dye my hair again.

Irina put the blue bib around my neck, and got her tools ready, when a hygienist assistant, called Vanessa, walked into the room to ask her something. “I put on tray.” She answered. “I put it on the tray”. I corrected her in my head. Like a true Russian, my hygienist cavalierly omitted the article “the”.  The same fate was expecting the article “a”, when she continued: “Get towel” instead of “Get a towel.”

After the conversation with Vanessa ended, Irina finally told me “to open mouth”. My thought to provide some clarification that “open mouth” is different than “open your mouth” has quickly evaporated, because Irina had her tools in my mouth before I even took a breath. She gave me a chance to choose my favorite flavor for the tooth polish but then she quickly took it back: “You like cherry flavor”, perhaps trying to say: “You would like the cherry flavor.” “Damn,” I thought. “She knows me well.” That’s not because she personally knows me well. She just knows that our people go bananas for sour cherries, but in the absence of them, sweet cherries would do, and by extension any cherry flavor would always be OK.

“Your problem, you make brown stains.” Irina said to me while scrubbing my teeth, losing the verb “to be” in the meantime. The brown stains on my teeth are the result of my love of strong coffee, but the way she formed the phrase made me think, that somewhere in the world there is a place with is flock of sheep that grows a special brown wool, from which I make the actual brown stains. I have to work very hard to make sure that the stains are strong, and evenly spread over my teeth, and are hard to get rid of, otherwise what kind of coffee lover am I?

Irina kept working intensely with her polisher, rubbing the stubborn brown stains off my teeth, as if my life depended on it. She was taking her job very seriously, like a Navy Seal on a mission. The polisher was buzzing funny and touching my gums, that I started laughing. She shrugged and laughed with me. “Tickles?” She asked.

“Yeah!” I responded while red bubbles were coming out of the corner of my mouth. “I never thought that gums can tickle.” She shook her head in response:

“Tickles, tickles.” We had a bonding moment over my ticklish gums, then she continued with her mission until she was fully satisfied. As she was about to finish, Vanessa, the hygienist assistant, walked into the room and took Irina’s place to finish up the job. Irina seemed to have another patient with more important teeth than mine, so I saw her off with my eyes.

Vanessa started chatting with me cheerfully, and for a few seconds I found myself confused by her perfect English. It took me some time to adjust to a speech that had all the “to bes” in the right places, and no articles were missing in action. Then, as soon as, I got adjusted to Vanessa, Irina walked back in the room and messed up the order of the English words in my head again with a simple question: “You done?” It seemed that there were no forces in the world that could keep my dentist Irina within the English grammar rules. But what the hell do I need it for? How else would I have such an amusing day, played out perfectly in my head?