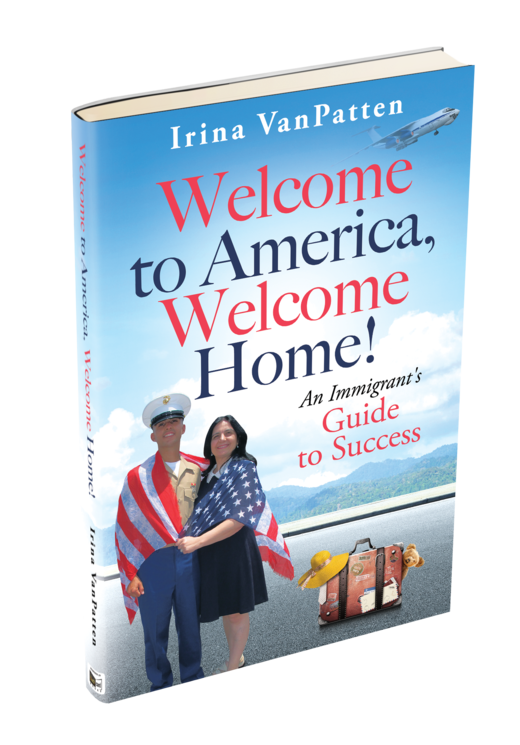 The idea to write my book “Welcome to America, Welcome Home” came from the obvious: I am a proud American citizen and also an immigrant. There is nothing easy about moving to a different country and starting over, but I can say without any hesitation: I always felt lucky and grateful, and at home here. I thought, it was the right time for me to write things down, make a plan and get the script started.

Then all of the sudden, the situation has changed after the last presidential election in 2016. America that proudly called itself the Country of Immigrants, was reevaluating its previous values, that we thought were engraved in the Statue of Liberty forever. It became even more pressing to write this book, though now I had to scratch my previous plan, and go wide. Rather than talking only about my experience, I decided to get the larger picture from the immigrants around the country. That meant interviews. But who would talk to an unknown author?

I got my first taste after trying to book the interviews with immigration lawyers, which were supposed to be the base of my book. Out of 13 offices that I contacted via email or phone, only two responded, and only one eventually booked an appointment with me for one month after the call. I started getting frustrated. “I didn’t come all this way, to give up now!”

I had to get creative, so I started showing up in person. I even went so far to book a spot at the charity event for the Northwest Immigration Rights Project, the biggest non-profit in the Pacific Northwest that deals with immigrants’ rights. It worked out perfectly. When the lawyers saw me in person and I had the opportunity to talk to them about my project, I got my big break. After that the flood gates opened.

The responses that I received from immigration and criminal lawyers, business owners, financial advisers, police officers, medical researchers, psychologists, language professors, charity workers, civil rights activists, even from such a respectful organization like League of Women Voters were unbelievable. Immigrants who have been long established and freshly arrived, refugees and asylum seekers, they all contributed. I even interviewed my kids!

People wanted to talk, wanted to tell me their stories, share their knowledge. Piece by piece I was putting together the mosaic of our different points of view and experiences. The knowledge I was getting from them, their advice, their journeys were priceless!

“Welcome to America, Welcome Home!” Is not just a title to me. It’s a welcome sign for everyone who just arrived to America. It’s also a reminder for those who already became citizens, not to forget where they came from and how they got here, and greet the new generation of immigrants with the same open arms, that accepted them.