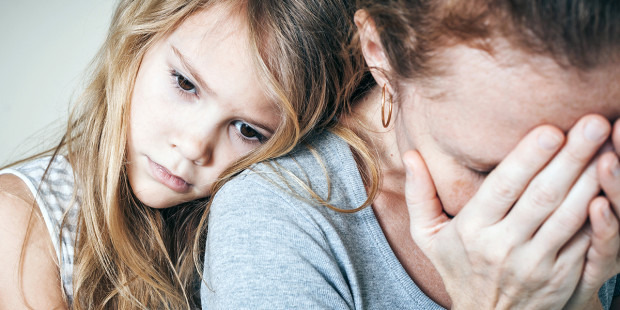 A Phycologist Observation on How Family Separation Affects American Children

“I’m afraid, if my mom goes out of that door, she’ll be picked up by ICE and deported,” a young girl says, holding onto her mom’s hand.

“No one can promise me that my dad’s not going to get deported. So why should I go to school? I want to be right next to my dad. I’ll go to work with him, so I can protect him, because I’m American, I have rights.” a teenage boy says.

The stories that Claudette “Claudia” Antuña, a doctor in Psychology at Sammamish Consulting & Counseling Services in Bellevue and a Forensic Psychologist volunteer for NWIRP, tells me are endless. These young kids know the definitions of words that no kid at their age should know: ICE, Asylum petition, Deportation proceedings, Court hearing, Detention. Their birthdays and quinceañeras are postponed, most likely, indefinitely. “We’ll celebrate, when my mom’s hearing goes well, if it goes well,” they say. “If” is another word that keeps them up at night.

“Anxiety is number one diagnosis of children I’ve counseled, who are in danger of losing their parents to deportation,” Claudette says. “There is a need in mental health counseling for kids in family separations cases, but nobody (in psychology) is trained how to handle these kids, who are so anxious.

I’ve had teenagers, when they found out that their parents could be deported, they went from an “A” to an “F” student, because they couldn’t concentrate in school. They don’t want to play. They’re not going to churches or to see their doctors, not doing sports. They’re just staying at home, withdrawing from society, until they get some kind of paperwork that their parents can stay. That may take months, if not years. They can’t function like this.”

Only counseling doesn’t cut it, unfortunately. “They need reassurance,” Claudette says. “But what are you going to reassure them with? All we can say: “This is what the law says, so there’s a good chance that your mom and dad will be able to stay, but I can’t guarantee that, and neither can your attorney.”

I have reminiscences of my grandma’s stories, who escaped the Stalinist purge in the USSR, but what Claudette told me next sent chills down to my spine, because I never thought I’d hear about this happening in America. Russian word donos, roughly translates as “denunciation” but in a broader sense it means “unjust, unfounded slander”. That’s what’s happening right now in the local schools, where the kids are supposed to be taught American values.

“We have two camps of teachers in schools,” Claudette says. “There are teachers, who’ll provide information to the students’ parents, who’ll pick up the kids from home and drive them to the school, so they don’t risk being picked up by ICE. Then there are other teachers, who put in children’s bags the phone number for ICE, so if they think that somebody is too brown and may not be here legally, they could call and report them.”

“How else can you help them?” I asked her, feeling helpless, but then she says that the kids need to talk through with somebody about which option is worse: to follow their parents or stay behind?

“I don’t want to go to Mexico,” the kids say. “I don’t speak Spanish. I’ve never been there. What am I going to do there?” Parents are not ready to play the Russian roulette with their kids’ lives either. There, they are American kids, who stand out. They wear a bull’s eye on their backs, and it’s only a matter of time before they get kidnaped and extorted for money.

Though, it not always goes as planned. Once, I had a mother, who left the kids with her sister, but later the aunt called CPS and asked them to take her sister’s kids away. When their mother came back, after winning her case, she couldn’t find her children.”

These are American kids, our future generation, whom we are traumatizing right now for some political gain. Their traumas will last for a lifetime. How is this worth it?