Nana and Her Missing Phone 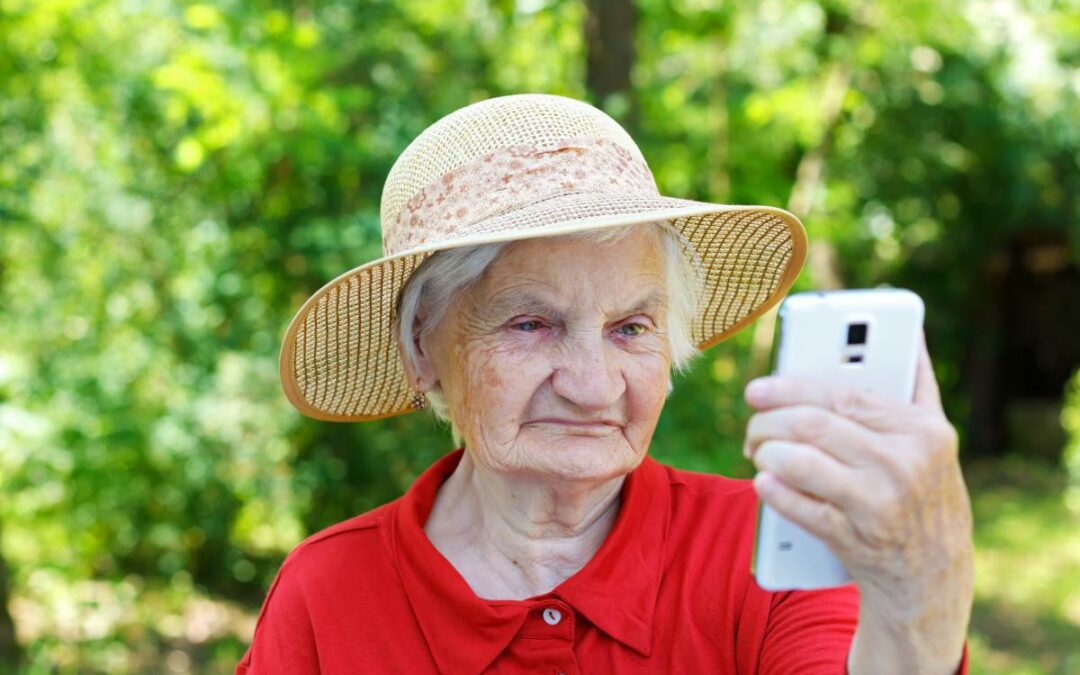 Have you ever thought how does it feel to lose your memory? Those little things, that someone hangs on to during their entire lives, that make them happy or sad? Those deep storage compartments filled up with old days goodies tend to empty out as we get older, and then the drama of dealing with old age memory loss begins. It is not easy for neither the person nor the family to deal with this loss, but no matter how serious the matter is, sometimes things can turn outright hilarious.

My mother-in-law Elizabeth, or simply nana, is 85 years old, though the other day she amused us by saying that she does not look bad for 78. We don’t correct her anymore.  If she wants to be 78, let her be. Her memory loss taught us a lot of patience, and acceptance, and the ability of letting it go. It is amazing how she remembers in the smallest details what happened 40 years ago, but can’t remember what she ate for lunch, or where she put her phone. Her never ending missing phone saga regularly sends my husband and me into some search expeditions around the house, worthy of Sherlock Holmes stories. Deductive methods, creative thinking, intuition, and sometimes dumb luck are coming in handy while looking for nana’s missing phone. It took a lot of trial and error for us to perfect our searching techniques.

It typically starts very innocently. She would call my husband in a high pitch voice:

“Oh, no,” John would answer. “Did you lose your phone again?” But like a good son, he runs to save his mother every time and the hunting of the old fashion flip phone begins. At first, he would ask her:

“Do you remember where you saw it last?” But that technique proved to be unproductive. It would often send us on a wild goose chase, because she would try so hard to remember where she saw it last, that she felt bad if she couldn’t remember, and to save the day, she would say the first thing that came to her mind. Nana could swear on her children, that she had the damn phone in her hands a minute ago. More often than not, the phone was not in her hands a minute ago. She could have seen it least an hour ago, or a day ago, or an infinity ago, and not in her hands, but in her purse, or on the kitchen table, or God knows where.

Learning from that, we moved to technique number two: call her phone. This method worked much better, but only if the phone was recently lost, and was somewhere in the vicinity. If John was calling the phone, and there was no answer that meant two things: the battery was dead, or the phone was not in the house.  That was a crucial moment, because we had to decide which place is more plausible, and where to start the search: in the house or somewhere else?  You would think, that the logical step for us was to start with the question to ourselves: “Where did we see mom with her phone last?” But n-o-o-o, we had to learn that the hard way too. After three days of unsuccessful search all over the house, when John was ready to give up and buy her a new phone just to end our misery, he all of the sudden thought to look for it in the car. Three nights before we took mom to Emory’s for dinner, and the darn phone was right there where she left it: on the back seat of the car.

The next time, when John was calling his mother’s phone for another attempt to find it, and the phone didn’t answer, the first thing he did, he ran to the car. He looked on the seat, he looked under the seat, he looked between the seats, but this time the David Copperfield of phones was nowhere to be found.

He went back in the house determined to get to the bottom of this. He took his mother’s bed apart, removing the mattress-nothing; he looked under her bed-nothing; he moved her armchair from right to left of the room-nothing; he looked into her garbage can-nothing. When he brought the tools out of the garage to take her armchair apart, I stepped out of the room. It was impossible to look at John’s frustrated face without laughing. Then all of a sudden, I’ve heard the drilling sound has stopped, and he yelled: “Aha!” I ran to see the Eureka moment.

“No, freaking way!” I yelled amazed. “You found it!” The silent troublemaker was stuck in between the handle of the armchair and its cushion in such a way, that you could not see it from above. The only way to find it, was to take the armchair apart, so John’s quick thinking has finally solved the mystery. But that was not the end of it. Perhaps, getting a little frustrated by the fact that she kept losing her phone, she decided to find a safe place for it, naturally without telling John about it, so several days later, we hear the familiar: “J-o-o-h-n!”

John and I started our regular routine and called her phone first. The phone was ringing, which was the good news. At least, the phone was in the house, and maybe this time, we will not have to spend an hour to hunt it down. All three of us were walking around the room following the sound. We all could hear it, but the sound was somewhat elusive. Nana moved to the left, and John followed her to the left, because the sound was coming from there. Once the search on the left turned nothing, nana moved to the right, John followed her. I was looking at both of them, trying to figure out, why is the sound moving? You would think, that the sound should stay still, while we were all moving around. All of the sudden, John stops and puts his ear on his mother’s chest. “I knew it!” He said.

“You knew what?” I asked. “That your mother has boobs?” Nana looked at her son somehow puzzled too.

“Mom,” John said to his mother. “Did you check your bra?” Nana put her hand on her left breast, and started laughing. Realizing what just happened, we started laughing too. For the last 5 minutes we were following nana, who had her phone ringing in her bra. After we caught our breath from a good 5 minutes laughter, John asked his mother:

“Mom, did you not feel your phone vibrating on your boob?”

“Son,” nana answered with all her sincerity, “I haven’t felt anything there for the last 20 years. You want me to feel a phone?”

Oh, nana, she may have lost her memory, but her sense of humor was always on the surface.