The Power to Walk Away 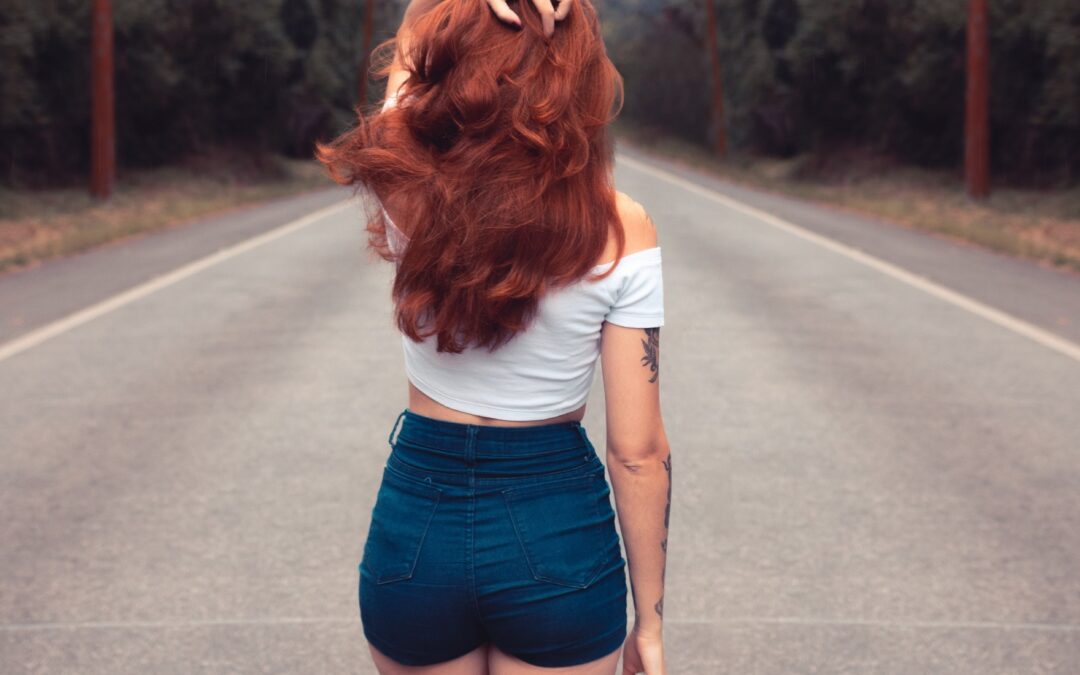 My aunt was a battered woman. We knew this since we were little kids. Mostly, because she asked my father, her older brother, for help. My father was a soft-spoken man, but somehow, he found the right words to convince my uncle to behave like a man, without punching him hard, like he deserved. However, my father’s protection was short-lived. He died at the young age of 36.

Then my aunt asked my mother, her sister-in-law, to talk some senses into her husband. I was just six years old but I remember how my mom, a fresh widow in a black dress with a black headscarf on her head, sat my uncle down and talked to him with a stern face, from which she wiped the tears of grief just a month earlier:
“Misha (my father) never laid a hand on me. He didn’t even raise his voice at me; we respected and loved each other. Beating up your wife doesn’t make her respect you more, it makes her afraid. Think about your son.”

The vein on the right side of my uncle’s neck was throbbing. His cheeks turned red, he was hiding his eyes. He didn’t say a thing, but once we left their house, he beat the living shit out of my aunt for embarrassing him in front of people. After that, my aunt stopped asking for help. She would nervously laugh, trying to cover up for him, when he was barking at her in front of us, pretending he was just joking.

There was no way for her to get away from him. Where would she go; back to her parents’ to live with the stigma of a village divorcee for life? Leave behind the house, that grandpa helped her build, to her belligerent husband? She couldn’t kick him out of their house either. His parents lived across the street, so she wouldn’t have much of a physical barrier from him. I understood why she didn’t walk away. What I could not understand is why didn’t she fight back?

My uncle was a short man; in fact, he was visibly shorter than my aunt. Then, after a car accident, my uncle became disabled and walked with a cane. He couldn’t chase after her, even if he really tried. The power that he had over her was hard for me to comprehend. Walking away seemed like an obvious choice to me, as a child and even when I got older.

Then it was my mother’s turn. She found a man, who became my baby sister’s father. I was 15 and away for school most of the week, but when I came home for the weekends, I heard the shouting and a thud behind the closed bedroom door. I didn’t have to guess what that was. I didn’t know if that was the first time when he hit her, but I was determined for it to be last. I knocked at the door, hard! Mom got out of the bedroom, covering her face, trying to close the door behind her. I passed her, smashed the door, and yelled at my step-father:

“You see,” my step-father pointed at me. “She’s the reason we can’t get along.”

“Just let me talk to him” my mom said, and pushed me out of the room, as if I made a big scandal out of nothing. I honestly didn’t know what else to do. I’m sure neither did my mother. For a teenager like me, kicking him out seemed like a simple choice, but it wasn’t.

My sister was just one year old. How could she walk away and be a single mother with three kids on her hands? It took six long, excruciating months before my mom finally had enough and closed the door on him. Perhaps, realized she had found herself in my aunt’s shoes and drew the parallels. I felt so relieved that she finally walked away.

Then it was my turn. My husband “never laid a hand on me”, as my mom would say. He was an amazing father, when he was sober. He played hide and seek with our daughter and son. He carried them on his back, playing little pony. He would buy them candy with the money left over from vodka. But only one shot of “fire water” and he was lost to the demons. It seemed a simple choice to walk away, but it wasn’t. My kids adored him. How could I rip them out of their loving father’s hands?

Then, there was one New Year’s Eve that put things into perspective. I was in the hospital with both kids, my three years old daughter and my eighteen month old son, who contracted pneumonia a week earlier. My husband begged the doctors to let us come home for New Year’s so we could celebrate the holiday as a family. I secretly hoped that the doctors would say “No”. I could smell the vodka on his breath, but he tried so hard. “What kind of wife would rather stay in the hospital, than go home to her husband?“ I thought to myself.

When we finally arrived home he looked so happy. He brought the fire wood from the shed, started the fire in the iron stove and said: “Don’t worry, my mom (who lived next door) got the dinner started, we just need a few things. I’ll be right back.” I was busy cooking when I realized my husband had been missing for some odd three hours. I walked to my mother-in-law’s house, hoping that she had needed her son’s help with something, and he had simply lost track of time.

“He stopped by to take a bottle of vodka from the fridge,” his mother said. “I thought he went back. Don’t worry, he’s probably at his friend’s house. We are not waiting for him. I’ll open the Champagne, let’s celebrate!” “Celebrate what, exactly?” I thought,“Another year of misery?” . Nevertheless, it took me three more years of going back and forth, to finally rip off the band aid.

I still remember how terrified I was, as if I had sneaked away in the dark of night. So many questions: How will I provide for my family? Will I ever be able to find another man whom I can trust? But I knew I couldn’t take it anymore, and that feeling outweighed the fear of being alone on the road.

Now, I think about what would have happened if I didn’t walk away. Would I still be there, in a broken marriage, second guessing whether I should stay or leave? My children would have been deprived of the opportunity to grow in a house free of drunken rages and broken promises. Most certainly, they would not have the opportunities to do the great things they have done with their lives.

To those who are weighing the options to stay or go, I tell you: Go, and don’t look back! It will be worse before it gets better, but it will get better. It’s OK to be afraid when you walk away. It’s not OK to stay because you are afraid!